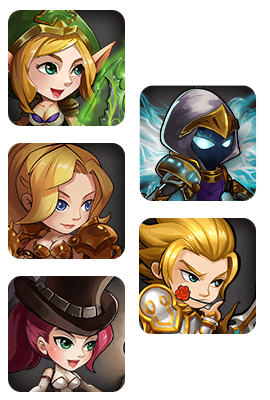 Once their rage gauge (the yellow bar on the hero's icon in your team), they are able to fire their Ultimate ability. The hero's icon will be surrounded by a slight glowing effect to let you know that the ability is ready.

If you are manually controlling your team, you will need to click on the hero's icon to activate their ability. If you're allowing the team to fight automatically, they will fire their ability as soon as their rage gauge is full.

Some Angels and Heroes have skills which can reduce rage already on the enemy heroes and/or buff rage for the members of their own team. For example: 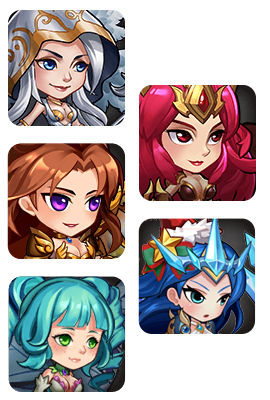 Since they are never attacked directly, an Angel's rage generation is purely time based. Angels gather rage at the end of each round of combat. It takes 2 complete rounds for them to be able to use one of their skills.

Note
When your team of Heroes is clearing content very quickly, this time based Rage generation can have the unintended consequence of your Angel never being in a battle long enough to fill her Rage bar and use her abilities.

Unlike Heroes who only have one Rage powered skill, both of the Angel's skills require Rage. If you're manually controlling combat, you will be able to choose which skill the Angel uses. If you're using Auto combat, the Angel will use her own judgement to choose a skill.

Retrieved from "https://leagueofangelsfireraiders.fandom.com/wiki/Rage?oldid=13126"
Community content is available under CC-BY-SA unless otherwise noted.